What Are the Easiest Programming Languages?

Let’s make one thing clear here--programming isn’t “easy”, especially if you don’t have a coding background. For those who have some basic understanding of how coding and programming works, this makes it easier.

Javascript (JS) was created by Brendan Eich, who later created both Mozilla Firefox and Brave Browser. As of today, The Mozilla Foundation runs and manages the Javascript language.

So what exactly is Javascript? Prior to JS, websites were very static with little wiggle room. It is a lightweight, dynamic, and object-oriented programming language. It serves as one of the three pillars of web designing, alongside HTML and CSS. It added the dynamic nature to the websites we know today, making it very user-friendly and conducive for business.

It is easily one of the most popular and in-demand languages used on the internet. To its advantage, it is simple and beginner-friendly, with an easy to understand interface.

However, since the code runs on client-side, meaning the average user has dominion over it, the JS can be exploited and used to infect a user’s computer or steal files. This is a major reason why many people choose to disable JavaScript.

Currently, almost all modern browsers have a built-in JavaScript engine, along with a number of features, including, but not limited to:

Unlike Javascript, Python, is a much higher-level programming language with dynamic semantics. As of October 2020, the latest version of Python is Python 3.9.

Its website defines it as “an interpreted, object-oriented, high-level programming language with dynamic semantics. Its high-level built in data structures, combined with dynamic typing and dynamic binding, make it very attractive for Rapid Application Development, as well as for use as a scripting or glue language to connect existing components together”.

Today, Python is considered one of the most popular and powerful programming languages out there and is extremely beginner-friendly. It relies on indentation, using whitespace, to define scope; such as the scope of loops, functions and classes--rather than curly-brackets which other programming languages rely on.

Derived from the famous British comedians, Monty Python, Python is based on five principles outlined in “The Zen of Python” document:

Created by Dutch programmer, Guido van Rossum, Python was based on a simple philosophy--simplicity and minimalism. Since the code emphasizes readability, it’s easy to understand the code. It’s practical use is huge with new disruptive technologies like blockchain, machine learning, and the Internet of things (IoT). More importantly, it’s a perfect match for asynchronous code--a parallel programming which runs separately from the main application, notifying the main application of its completion, failure, or progress.

One of the biggest advantages Python brings to programming is its super extensive library. The library contains built-in modules (written in C) that provide access to system functionality such as file I/O that would otherwise be inaccessible to Python programmers.

Other specific functions include, but aren’t limited to:

Ruby is another programming language and similar to Python, is considered to be a simple, dynamic, and object-oriented scripting language that is used in the development of websites and mobile apps.

Many believe it is strategic to learn Ruby on Rails, a framework that allows you to build web applications very quickly and is often written in Ruby. The language is one of the most in-demand languages in the job market and a great starting point for beginners.

The philosophy, known as “The Rails Way” makes programming easier by making assumptions as to what will be the best way to go about things. There are two principles that comprise the philosophy:

DRY, or Don’t Repeat Yourself

Under this principle, every piece of knowledge must have a single, unambiguous, authoritative representation within a system. In other words, the element of “repetition” weakens the code and makes it more susceptible to bugs and other system exploits.

Under this principle, Rails provides opinions on the best way to proceed with things, rather than making a person specify each and every detail. 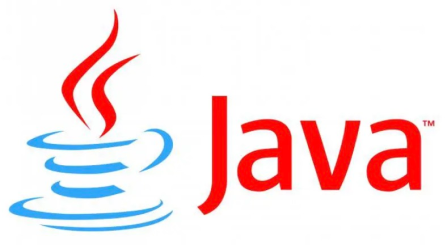 Java was created by Sun Microsystems in 1995. It was acquired by Oracle in 2010, and is one of the most popular and in-demand programming languages out there. For transparency purposes, it may not be the best program to start as a beginner simply because it’s derived alot of its syntax and structure from C++.

It is used to build applications and platforms for many devices, including computers, laptops, gaming consoles, etc. For data centers that store and transfer Web-based data, Java serves as a key language for networking.

One of the major downsides to Java is that it requires a ton of memory on operating systems. But at the same time, it is exceptionally secure.

C++ is the grandfather to the C-language, which many believe to be an outdated language. However, for those wanting to learn the intricacies of C++, it’s important to understand how C-language works.

By mastering C++, programmers will be able to:

When Bjarne Stroustrup first created C++ as an extension of the C language, it was designed to have the flexibility of the C, but with major differences. Specifically, having an object-oriented focus, rather than process-oriented. Every major operating system (OS) has a built-in C++ compiler, and is a great starting point for learning programming languages. 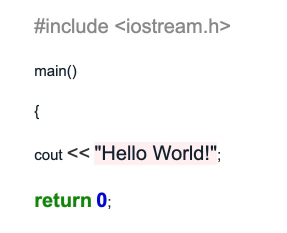