Founded and released on October 7, 2011, by Charlie Lee, a former Google employee and former Engineering Director at Coinbase. Lee designed Litecoin as a “lite version to Bitcoin” to help complement it by solving some of the more apparent issues, including but not limited to transaction times, fees, and concentrated mining pools.

Because it is. While it wasn’t the first cryptocurrency to mimic and/or copy Bitcoin’s code, it was certainly one of the earliest and most significant, serving as the third largest cryptocurrency in existence, under XRP.

For this reason, there are many similarities and borrowed traits from the core code of Bitcoin, which have been modified to work in a way that would be best suited for large-scale adoption of the currency. Think of Litecoin as the best of both worlds (Bitcoin and a sibling).

Litecoin is Fast. But How Fast?

Litecoin was specifically designed to help reduce transaction times and fees, a major downside to Bitcoin transactions, which took approximately 6-10 minutes (up to 1 hour of wait time) for a block to be confirmed and a transaction to be concluded. Serving to expedite a user transactions, Litecoin takes Bitcoin’s 10 minute block confirmation time and reduces it to 2.5 minutes. As a result, users only wait 2.5 minutes for a Litecoin block to be mined, generating up to 25 coins.

It is for this reason that Litecoin is considered to be 4x faster than Bitcoin and an extremely attractive alternative to Bitcoin. It is important to note that network congestion time across the board does play a role in block mining times, bringing wait time to approximately 29 minutes.

How Is ‘Litecoin’ Created?

Mining. Think of an archaeologist digging for fossils. Same concept.

Miners, or specialized computers are the worker bees of Litecoin’s blockchain network, known as Litecoin Network. These computers verify and organize transactions (mine) onto the Litecoin Network into ‘blocks.’

Now, before you decide to leave your job and start your work-from-home litecoin operation, hold your horses. Mining equipment is both expensive to buy and to run. Why? It requires a shit ton of electricity. Electric bills are awful already, particularly in major hubs like California, Nevada, Texas, Florida, New York, Chicago, etc.

So, to incentivize miners to continue mining (and to help cover costs), miners are rewarded a set amount of freshly created Litecoin for each block they mine. Currently, miner’s are rewarded with 12.5 Litecoins for every 1 block mined.

Through their hard-work and efforts at running these computers, miners are digitally digging out new coins (like fossils) which then enter circulation.

How Does Circulation Work?

Similar to payment networks like PayPal, Venmo, or Cash App, Litecoin users can use their ‘litecoin’ to transfer currency to one another. Instead of using U.S. dollars (USD), users conduct their litecoin transaction in units of ‘litecoin’ (LTC).

When thinking about circulation, it’s important to analyze it from a supply-demand perspective. The less supply of a valuable asset there is, the more value it is attributed. Conversely, if the amount of that valuable asset increases, it undermines and ultimately reduces the overall value of the asset, making it no more unique than an everyday asset. For this reason, both Bitcoin and Litecoin have a limited circulation that can ever be in use at one-time.

By having a fixed amount of coins, Bitcoin, Litecoin, or the like, inflation cannot and will not affect the overall value of the currency, which goes against what we are accustomed to with the U.S. dollar (USD), British pound, and/or the Euro.

Maintaining circulation is crucial to Litecoins’ existence. Overtime, the reward miner’s are given for “digging out” new Litecoin and throwing them into circulation, is reduced, or “halved”, to keep Litecoin going.

Litecoin halving occurs once every four years (once every 840,000 blocks) reducing the miner’s reward by 50%, until all 84 million Litecoins have been generated onto the network and pushed into circulation.

When a Litecoin halving occurs, miners receive 50% fewer Litecoins for verifying transactions (think of it as a paycut of sorts), as they continue adding new blocks to the network. These halving events are necessary to keep Litecoin in circulation.

The last (and second) Litecoin halving took place on August 5, 2019, when the mining reward went from 25 Litecoins per every 1 block mined, to 12.5 Litecoins per block, which we currently sit at as of the date of this article.

The very last Litecoin that is estimated to be mined is in 2142. As of today, there are approximately 65.4 million Litecoin left in circulation, fair game to miners.

Litecoin is mined pursuant to a mathematical algorithm known as Proof-of-Work (PoW), equivalent to how Bitcoin is mined. PoW is where miners use their computational power to solve extremely hard cryptographic puzzles. CoinTelegraph does a great job at breaking down the differences between PoW and Proof-of-Stake (PoS).

It is essential these puzzles are extremely hard to solve, so as to prevent miners from draining out the entire bitcoin and litecoin supply.

But have no fear, because while the puzzle-solving is supposed to be a huge pain in the ass, the “math checking” or checking to see if the answer to the puzzle is correct, is extremely easy.

What sets Bitcoin and Litecoin apart from one another is the mechanism by which the two process transactions.

Bitcoin uses SHA-265 hashing algorithm, while Litecoin uses the “Scrypt” algorithm. Originally named, “s-crypt”, Scrypt also utilizes Bitcoin’s SHA-256 algorithm, but the calculations are way more serialized than they are with Bitcoin. In layman’s terms, you cannot calculate Bitcoin and Litecoin in the same manner.

Like any highway or road, the more cars on the road, the more congested it becomes. In the world of crypto, specifically litecoin, it’s mere existence still puts immense strain onto the Blockchain, clogging it up for other users.

Which is why ‘Segwit’s’ theory comes into play. Blockgeeks previously put out a great explanation of Segwit, also thanks to the courtesy of Professor Donald J. Patterson of Westmont College in Santa Barbara, California.

Long-story short, the input data resulting from a single user’s single input transaction, creates two major problems for the Blockchain--first, that data can be easily manipulated, which can cause cybersecurity attacks with respect to the transaction itself. It becomes extremely malleable and vulnerable. Second, it eats up a shit ton of space in each and every block. And that’s just one input transaction by one of the parties to the transaction.

By introducing the concept of a “sidechain”, or a parallel chain which runs along the main chain, it would be possible to remove the signature data from the main transaction, while still having it attached to it, running parallel, without the fear of data manipulation.

This process is known as “Segregated Witness”, or “Segwit” for short. By implementing Segwit, transactions became malleable free and the highways in the Blockchain became less congested. Two-birds, one stone. 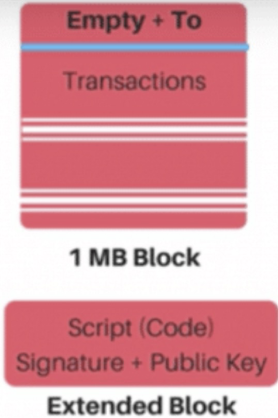 Gimme! Where Can I Buy It?

Litecoin can be purchased on Crypto Exchange, in addition to all major cryptocurrency exchanges. As of May 2020, Litecoin’s total value was estimated to be under $3 billion, making Bitcoin’s market cap 45 times larger, valued at under $128 billion.

I Gotta Protect It! How Do I Store It?

You can store your newly purchased Litecoin online or offline. This is where the concept of “wallets” come into play.

While a digital wallet, or “hot wallet”, is connected to the internet, a hardware/cold wallet is not. Many people in the space who hold digital assets like Bitcoin and Litecoin utilize both a digital and cold wallet for different purposes. The type of wallet you choose depends upon the security preferences you have. For this reason, it may be smarter to keep the majority of digital assets in your cold wallet, while a smaller portion is kept in the digital wallet for purchasing things. This makes it less likely for hackers to steal your digital assets, because they aren’t connected to the internet.

What the Industry is Saying?

You can store your newly purchased Litecoin online or offline. This is where the concept of “wallets” come into play.

While a digital wallet, or “hot wallet”, is connected to the internet, a hardware/cold wallet is not. Many people in the space who hold digital assets like Bitcoin and Litecoin utilize both a digital and cold wallet for different purposes. The type of wallet you choose depends upon the security preferences you have. For this reason, it may be smarter to keep the majority of digital assets in your cold wallet, while a smaller portion is kept in the digital wallet for purchasing things. This makes it less likely for hackers to steal your digital assets, because they aren’t connected to the internet.

As of the date of this article, Litecoin has come ‘bearish’ for the first time in eight weeks, trading at just $45/Litecoin.

Some in the industry believe Litecoin’s falling hash power makes it vulnerable to a cybersecurity attack, known as a 51% attack. This is where a single miner or gang of miners, assemble more hashing power than all other mining participants, essentially holding the network hostage.

But the industry still loves Litecoin, so you can’t go wrong here!