What Are Decentralized Apps (DApps)?

Decentralized apps, or DApps, function very similarly to normal apps, but instead of being deployed to the App Store or PlayStore, they run on either a blockchain network or a peer-to-peer (P2P) network like a blockchain. They come in various shapes and sizes. Often, these DApps will create a native utility token to help create interactivity.

So, what sets DApps apart from traditional apps? You’ll soon discover there is no “universal” definition of what exactly a DApp is. In fact, most people you ask will just begin to describe it or name actual DApps. 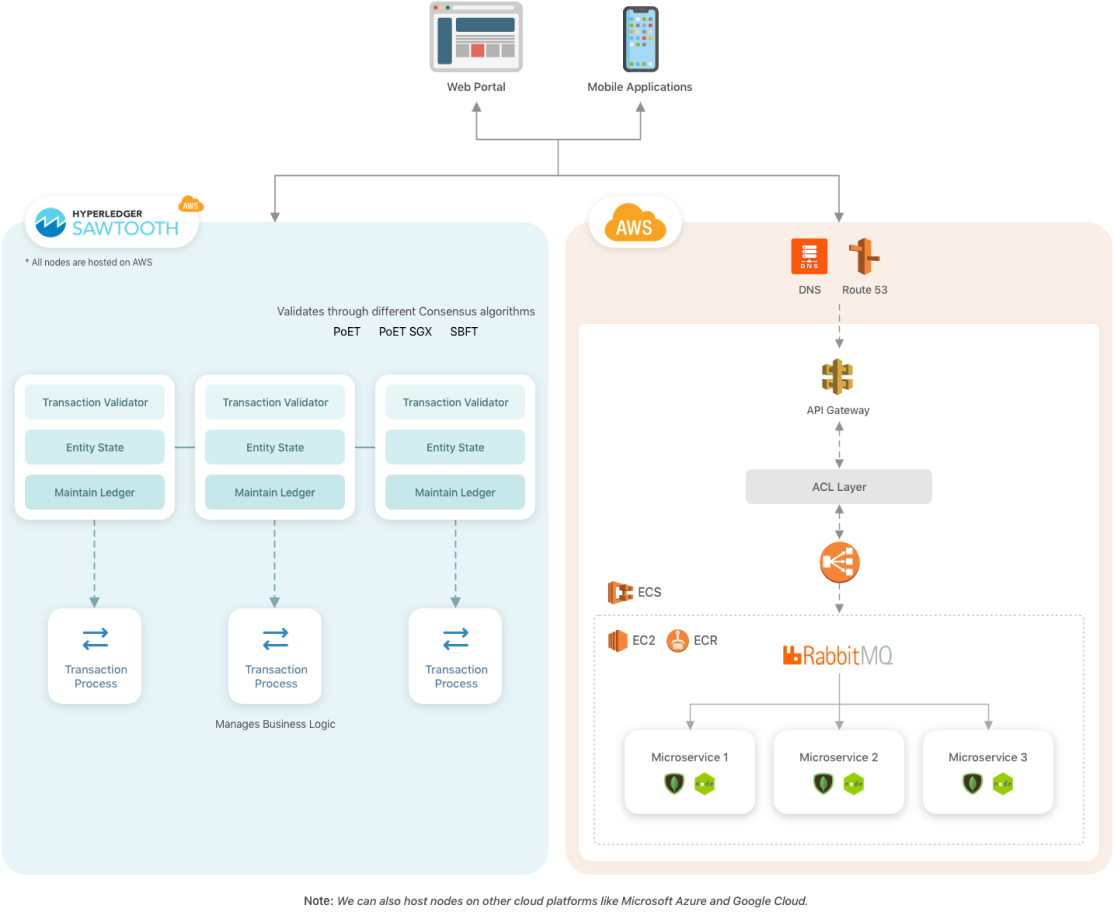 Since the DApps are deployed on a blockchain, they are built off smart contracts, which allow for seamless integration of cryptocurrencies into the DApps basic functionalities.

Think of a standard web app, like Facebook, Twitter, Uber, Venmo--all of which run on a computer system, owned and operated by a central organization or authority. In other words, the backend of that app is controlled by a single organization.

In contrast, DApps can run on both a P2P network and a blockchain network. In this ecosystem, a developer can essentially create a Facebook-like DApp and put it on a blockchain, where any user can post or tweet messages. The difference, however, is that once a message is posted, nobody, including the app creators or back-end, can delete those messages.

Remember, an immutable ledger that forever preserves that original message or tweet.

By having an open-source network, this encourages and enables developers to build better, useful, quality DApps for the ecosystem. There is no one organization, entity, or individual that owns the network. For this reason, any changes to the network are voted on through a consensus mechanism.

One of the more useful characteristics behind DApps is that they don’t crash, as you would expect to see at some point with traditional mobile apps.

By relying on a P2P network, DApps will continue to run and function, even if part of or the entire blockchain network goes down. Talk about useful!

Remember, in a decentralized system, there is no censorship, making it very difficult for governments or other individuals to control the network at any one time.

You know why DApps are attractive to the blockchain network, but with every light, there is a dark. As such, there are of course some downsides or weaknesses with DApps.

The number one rule when it comes to security, anywhere, is that anything and everything is hackable.

Given that the DApp ecosystem is open-source, this leaves room for bad players or hackers to exploit the system, probing the network for possible weaknesses. Over the years, there have been a number of notable hacks on popular DApps.

The more users a DApp has, the more effective the network is at delivering those services. Usually, DApps initially struggle with providing a highly interactive user interface, as the purpose is of course to increase the number of users. When DApps struggle from low user numbers, the DApp becomes less interactive.

Where Can You Find Them?

If you’re looking to see what DApps are out there, the website, State of the DApps, lists over 3,700 (as of the date of this article) DApps built on blockchain networks like Ethereum, EOS, Tron, and NEO.

There are two categories of DApps--Bitcoin and DApps on Ethereum. But the best way to break down DApps are into three types:

These types of DApps have their own blockchain. The first type of DApp to enter the market was Bitcoin, followed by Ethereum’s desire to create “a protocol for building decentralized applications”, as stated in its whitepaper.

To conceptualize this, think of the Bitcoin DApp as Windows OS running on your computer.

The best example of this type of DApp is Omni Network. For more information on Omni, please click here.

To conceptualize this, think of these types of DApps as “Microsoft Word”, which functions on a Type 1 DApp, like Bitcoin (or Microsoft).

What’s worth noting is that Ethereum changed the DApp ecosystem, forever. Why?

It introduced a new programming language which helped to simplify DApp programming in addition to using Ethereum Virtual Machine (EVM) to create smart contracts in minutes. It is for this reason that Ethereum DApps dominates the market.

Some fundamental DApps to explore:

This year, Brave New Browser utilizes ERC-20 compliant tokens which reward users with BAT tokens for their participation. In other words, Brave users receive payment for their data but control exactly who, when, and what to share.

One DApp to start familiarizing yourself with is MakerDAO, a smart contract that allows users to interact with the Dai Stablecoin System, with over $1.9 billion in value, and well-over 5,000 daily users. For more information on Maker, please click here.

Think of Type 3 as the “plugin” that helps Type 2 DApps run more smoothly.

The best representation of this type of DApp is the SAFE Network (Secure Access for Everyone). This is a decentralized data storage and communications network that replaces data centers and servers with the additional computing resources of its users.

It is an autonomous data network that enables the creation of censorship-resistant websites and applications. Following our example above referencing the Omni Network, SAFE leverages the Omni Protocol for issuing SafeCoins that are then used to allow for its functional aspects.

Currently, the more popular DApps are DEXs, or decentralized crypto exchanges. DEXs allow users to trade and swap one cryptocurrency for another, without the need for a centralized gatekeeper.

You can also refer to DEXs to keep track of how certain DApps are doing.

Other Platforms for Developing DApps

While Ethereum is the most popular blockchain platform for developing DApps, there are others, like EOS and TRON, which have their own advantages.

EOS is a pretty exciting ecosystem to follow, created by STEEM founder, Dan Larimer. EOS serves to provide developers with a highly scalable platform, which Ethereum has arguably failed to provide today.

TRON, on the other hand, founded by Justin Sun, has leveraged scalability through the use of intense marketing efforts.