The best way to describe Monero is an open-source, privacy-oriented cryptocurrency built on a completely opaque blockchain. It is for this reason that the coin has achieved such a high level of popularity throughout the cryptocurrency community, specifically on the Dark Web, attracting law enforcement and government officials to its ecosystem.

Monero (XMR) was launched in 2014 to intentionally conceal transaction details like the identity of senders and recipients and the amount of every transaction, by disguising the addresses used by Monero participants.

Monero’s egalitarian approach of providing the community with equal opportunities, entices the community to continue supporting and developing the virtual currency.

Unlike Bitcoin, Monero does not have a fixed or capped supply, making it “ever-so-slightly-inflationary”. Initially, there were 18.5 million coins supplied, with an increase of approximately 0.87% in its first year.

Each year, that percentage lowers, estimating that it will take close to 117 years to reach 37 million coins, double the initial distribution. For it to double again, it will take 234 years. 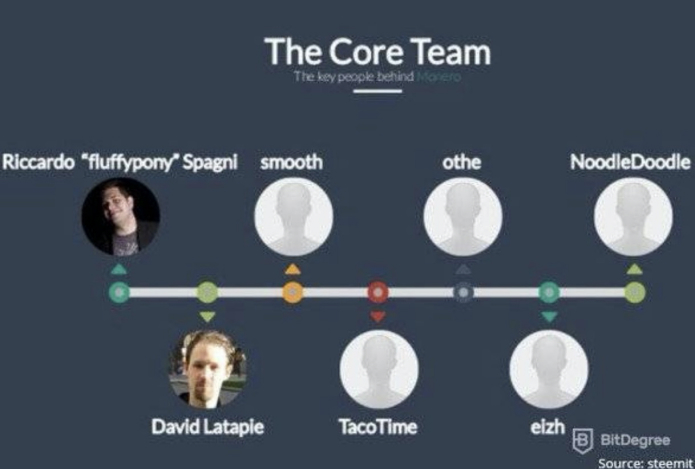 Monero’s origins are traced back to 2012, where Bytecoin came into existence--the first cryptocurrency which was written using CryptoNote technology. For the uninitiated, CryptoNote is the skeleton behind most of the privacy-based cryptocurrencies currently in existence.

CryptoNote coins all have one thing in common: it’s impossible to tell who sent funds in any single transaction. This is achieved by combining several keys in a public transaction through the use of “ring signatures” and “stealth signatures”. More on this later.

Of course, Bytecoin was a great first step in anonymizing cryptocurrency, but there were still some underlying issues surrounding its initial distribution. When it first launched, 80% of the Bytecoins that would ever be in existence (its cap), were already in existence. Basically, it’s viability was now on the clock.

To avoid the overall destruction of Bytecoin, seven developers decided to fork the Bytecoin blockchain, creating a new currency known as Bitmonero. This was eventually shortened to Monero, which in Esperanto, means “coin”.

Keeping to the “anonymity” characteristic of Monero, five of the seven developers decided they wanted to keep their identities secret to the public. The two Monero developers that we know for certain are Riccardo Spagni and David Latapie. Spagni is the main developer today and goes by the nickname “Fluffypony”.

The main reason you would want to even consider Monero, is its privacy infrastructure, ensuring that you can never be linked to any single Monero transaction. You can see how this would be beneficial and often used in illegal transactions. 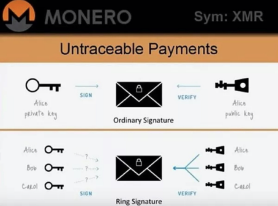 Ring signatures enable a participant who is sending money, to conceal his/her/their identity from other participants in a group. In its basic form, ring signatures are anonymous digital signatures from one member of the group, but they don’t reveal which one of those members signed the transaction.

Think of it as you having to endorse a check. You’re told the check is endorsed, but you have no idea who actually endorsed it because the multiple signatures to a transaction are all combined to produce a single, unique signature, making it impossible to know who actually signed the transaction. 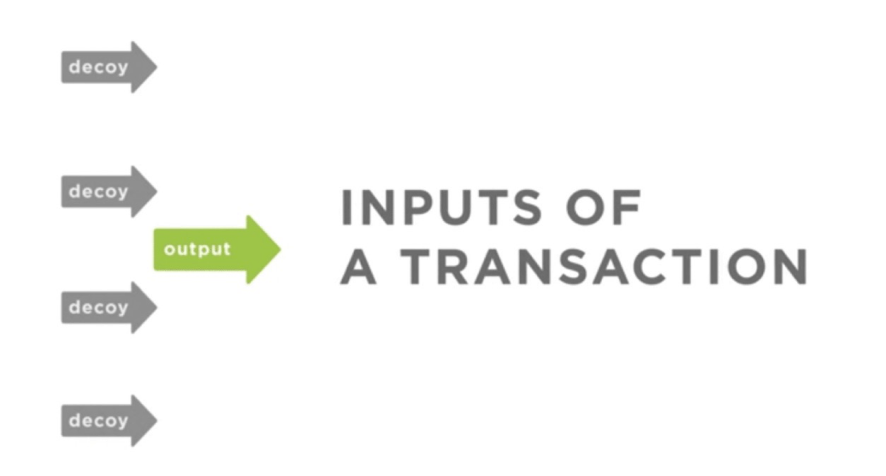 In generating a ring signature, the Monero platform uses a combination of a sender’s account keys and attaches it with public keys on the blockchain, allowing for the sender’s ability to be hidden.

In a ring signature transaction, any of the decoys taken from the Monero network are just as likely of being output as the actual output, because any 3rd party (privy or not to the transaction) will have no idea who the actual sender is.

Those outputs are then individually signed with the user’s private spend key and it is sent to the blockchain.

Stealth addresses are the second layer to the privacy shield, adding additional privacy with randomly generated addresses for single-time use, for every transaction on behalf of the recipient.

By utilizing stealth addresses, the actual destination address of a transaction would be concealed, hiding the receiving participant’s identity. 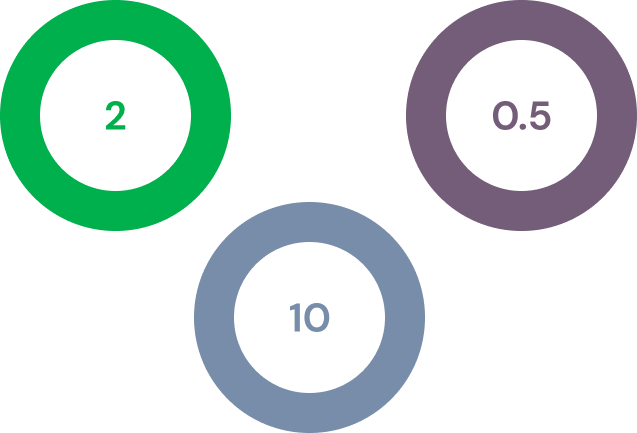 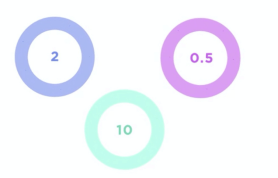 Due to the successful implementations of ring addresses and stealth addresses, Ring Confidential Transactions (RingCT) was introduced in January 2017, hiding the senders and receivers identities. It was made mandatory for every transaction executed on the Monero network.

Prior to this implementation, every transaction was given its own ring signature and then added to the blockchain (see image above). What RingCT does is hide the transaction amounts in the blockchain, and allows for a wallet to pick up actual ring members from any RingCT output.

Now, what happens when the exact same coin is spent on more than one transaction at the same time? This is the double-spending dilemma, one of the major roles miners play in its attempts at preventing.

Because Monero’s ring signatures hide and cloak everything about a transaction, it prevents double-spending through advanced cryptography. As you know, every Monero transaction has its own unique key image. As such, miners can just look to the key image to determine whether a Monero coin has been double-spent or not.

Monero specifically addresses Bitcoin’s scalability problem because it uses a free block size mechanism with no “pre-set” size limit. The downside to this, however, is that with no limit to block size, this opens the network up to malicious miners who can clog the network with disproportionately huge blocks.

To minimize this from occurring, the system has a built-in block reward penalty.

Under the block reward penalty system, Monero’s developers take the median size of the last 100 blocks taken (M100). If the new block (“NB”) that the miners are working on exceeds the median of the previous hundred blocks (NB>M100), the block reward is reduced. This reduced spam transactions since miners won’t mine blocks that are subject to a large penalty--because it’s no longer profitable for them to do so.

Monero does emphasize the limit behind a block reward:

The block reward will never drop below 0.3 XMR, making Monero a disinflationary currency: the inflation will be roughly 1% in 2022 and go down forever, but the nominal inflation will stay at 0.3 XMR per minute. This means that there will always be an incentive for miners to mine Monero and thus keeping the blockchain secure, with or without a fee market.

Unlike Bitcoin, where mining a network requires specialized mining equipment including Application Specific Integrated Circuit chips (ASIC), Monero does something different in efforts to address the large expense required to mine.

Instead of ASIC, Monero uses CryptoNight, an alternative hashing algorithm, allows for Monero to be profitably mined using both CPUs and GPUs -- allowing for this to be even more decentralized than Bitcoin.

So how do these keys come into play? Blockgeeks does a good job outlining:

As of 2020, CipherTrace Can Now Trace Monero Transactions

CipherTrace’s toolkit will serve as the world’s first Monero tracing infrastructure for law enforcement, government, and virtual asset service providers. While these tools were developed to track stolen or illegally used funds, CipherTrace suggests that crypto exchanges, like Cryptoexchange.com, among others, trading desks, and investment funds will also benefit from knowing that they aren’t accepting tainted funds--and that they remain in compliance with regulations.

In September 2020, the U.S. Internal Revenue Service has offered a bounty of up to $625,000 to anyone who can break purportedly untraceable privacy coins such as Monero (XMR) as well as trace transactions on Bitcoin’s (BTC) Lightning Network. The two contracts were awarded to blockchain analytics firms Chainalysis and Integra FEC.

However, it does beg the question of whether this violates the very purpose of “anonymous” transactions. It certainly rubs privacy enthusiasts the wrong way, despite CipherTrace making clear that they “don’t identify individuals, names, addresses, any of that stuff”. It emphasizes that they simply “provide tools for law enforcement, when there are legitimate crimes, to help them do investigations and then do their work to identify the individuals”.

In September 2020, independent working group Monero Outreach launched Monero TV, a product dedicated to the dissemination of news and content on the privacy coin. The Twitter bio describes it as a “bootleg” station.

The first episode, “Word on The Street”, has already been shared via Twitter, discussing the impact of Monero’s dominance in the darknet market, along with the implications for Bitcoin (BTC).